In the spring of 2018, for the first time ever, the U.S. Bureau of Labor Statistics (BLS) reported more job openings than people available to fill them. While exceptionally low unemployment may seem like a boon to the country, this creates financial headwinds for individual companies -- especially those within the manufacturing sector -- as well as the U.S. economy overall. 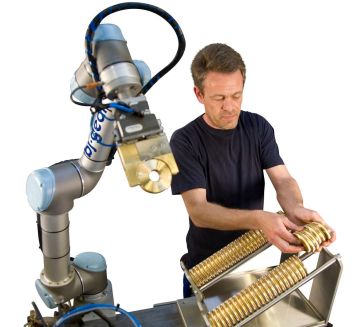 In late 2018, the National Association of Manufacturers (NAM) issued its latest Outlook Survey, which confirmed that finding skilled workers remains one of the top challenges for manufacturing executives today. The Society of Manufacturing Engineers reports 89 percent of manufacturers are having difficulty finding skilled workers. The situation does not appear ready to improve any time soon. The most recent skills gap study from Deloitte and the Manufacturing Institute -- NAM's social-impact arm -- projects more than half of the 4.6 million manufacturing jobs created over the next decade will go unfilled. The NAM study attributed this projection to three factors: the impending retirement age for baby boomers, widespread misperceptions of manufacturing jobs among younger workers, and shifting skill sets due to the introduction of advanced technologies.

Indeed, workers between the ages of 55 and 64 represented 65.5 percent of the overall labor pool in December 2018, and 22 to 27 percent of the nation's manufacturing workforce. That means that a 1,000-person manufacturing operation needs to attract between 220 and 270 new workers just to fill retirement vacancies. Their retirement will be felt even more acutely in Michigan, which is one of only 13 states where boomers still outnumber millennials.

Millennials, meanwhile, do not appear interested in filling the gap left by departing boomers. Additional research by Deloitte found that while 83 percent of the U.S public regarded manufacturing as important to the economy, less than one-third would encourage their children to pursue manufacturing jobs.

Unfilled manufacturing positions have real-world consequences. Asked how they were addressing the skills shortage, executives' responses ranged from assigning more overtime (70.3 percent), relying more on temporary staffing services (57.7 percent), and encouraging possible retirees to stay longer in their roles (30.7 percent) -- all strategies that adversely impact the bottom line. An additional 28.8 percent reported they had to turn away new business or had lost revenue opportunities because of workforce constraints. 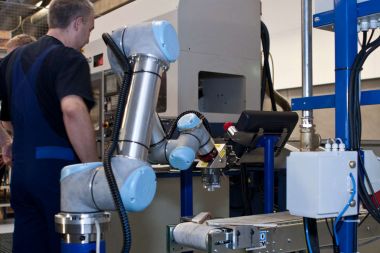 A recent study from Accenture conducted for the Manufacturing Institute estimated average corporate losses in the U.S. of 11 percent annual earnings due to unfilled positions, or losses of $3,000 per year per existing worker. That condition is likely to worsen. The newest BLS "fill times" statistics show that manufacturing positions recently hit a new all-time record high of 30 days on average before being filled.

Luckily, manufacturing operations have access to new classes of cost-effective automation technologies that can work alongside existing workforces and amplify their efforts to the advantage of both employees' and organizational health.

Automation as a Workforce Multiplier

Regardless of company size, the aforementioned labor statistics clearly show that the U.S. manufacturing workforce is upside down, with demand outpacing supply. After 10 years of solid growth, every type of manufacturing operation -- from Fortune 100 companies to start-ups -- reports that labor tightness is constraining growth. Adding fuel to the fire is the widely discussed skills gap. According to the Manufacturing Institute, only 20 percent of manufacturing jobs are "unskilled," with the remaining 80 percent of jobs requiring two or more years of training in areas such as welding, maintenance, and clerical work.

Automation, computers, and robots -- which join traditional manufacturing work such as welding, maintenance, and machine operation -- are the latest manufacturing tools to require specialized training and knowledge.

Demand for new skills is emblematic of industrial revolutions, and the Fourth Industrial Revolution -- defined as the convergence of physical, digital, and biological spheres -- will be no different. Computerization may have defined the last revolution, but what distinguishes the technologies of Industry 4.0 is that they blur the line between human, computer, and machine. Collaborative robot (cobot) technology is the perfect illustration of modern manufacturing, combining the physical abilities and digital control systems of a robot as part of a solution designed to safely and effectively collaborate with people.

Today's cobots are both similar to and vastly different from the industrial robots widely used by U.S. corporations since the 1970s. While early robotics improved productivity on a mass scale, the technology was expensive to purchase and install, required safety systems that consumed considerable factory floor space, and required engineering staff to keep it operating.

First and foremost, cobots are designed to work right next to people without a safety fence in between. Thanks to their unique design, most cobots do not require safety cages or disruptive redesigns of the plant floor. Many designs can be deployed 50 percent faster than industrial robots and often impose an installation cost lower than the annual new employee wage. 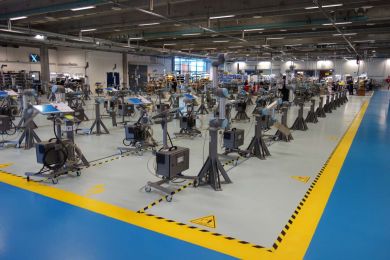 Unlike traditional robots that require engineer-level programming, cobots are designed to make programming simple through human-machine interfaces (HMI) familiar to anyone who has used a smart phone.

With advances in artificial intelligence algorithms, cobots are also capable of learning on the job. Often, a worker can reprogram a cobot simply by putting its arm through the desired motions; the cobot remembers the instruction and repeats it independently, without the need for new code. By eliminating the need for a formal education in programming or robotics, such interfaces and capabilities make the skills gap and learning curve for using cobots diminishingly small. This also greatly reduces the time, effort, and cost associated with retasking a cobot for temporary jobs or burst production during busy seasons.

While industrial robot workcells often require considerable customization, the flexibility of a cobot translates to significantly faster return on investment. By speeding deployment with minimal disruption to a factory layout, and by enabling minimally trained workers to safely program and use the technology to multiply productivity and improve quality, cobots' payback is often measured in weeks or months

This fast ROI is not just a function of cobot technology's lower capital cost versus industrial robots. It is enabled by cobots' ability to multiply the value of an enterprise's human assets, freeing workers to tackle higher productivity processes and acquire new skills for a modern manufacturing age.

As Deloitte states in its "2018 Global Human Capital Trends" report, many organizations continue to seek ways to transform their business by rethinking work architecture, retraining workers, and leveraging technology to transform business. In addition to cutting costs and streamlining production, their goal is to enhance value for customers. The human -- machine pairing that cobots enable is an important step toward delivering this value.