Digital Spare Parts Now a Possibility Thanks to 3D Printing

A two-year project involving companies, and led by VTT Technical Research Centre of Finland and Aalto University, investigated how businesses can gain a competitive advantage from digital spare parts.

Spare parts and all of the related information can be stored and transferred digitally. Availability increases when a new spare part can be 3D-printed according to need, close to the end user. 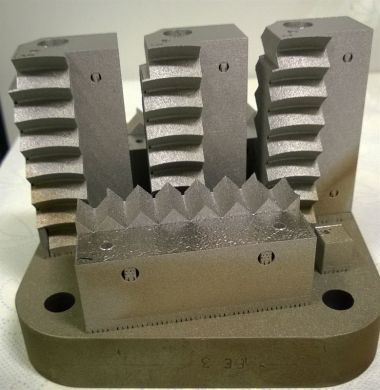 "Industry now has every opportunity to boost business by making spare parts into a focus area of development. Around five percent of parts can currently be manufactured digitally, according to need. 3D printing technology has reached the stage where high-quality manufacturing is possible," says Sini Metsä -Kortelainen, VTT's project manager for the project.

Big production plants maintain large spare-part warehouses, where a vast number of parts wait for long periods before being used.

"Capital is released for more productive use when stock decreases. Demand-based manufacturing also reduces the environmental burden, because spare parts are not left unused. Another major opportunity lies in reducing downtimes through faster spare-part manufacture," says Mika Salmi, project manager of the project for Aalto University.

The research project found that digital spare parts are particularly appropriate in the case of extremely old or rarely needed parts, the warehousing or availability of which would not be viable. "We have a lot of individual items and are keenly awaiting the new flexibility and speed 3D production will bring," says Petri Strengell, Group Vice President of Raute.

The Challenge is Digitizing of Parts

Manufacturers are already using 3D printing in product development and, to an increasing extent, in the production of spare parts. However, most spare parts are designed for manufacture by traditional methods -- information that would enable their direct 3D printing is unavailable. The challenge lies in identifying 3D-printable parts from spare part libraries and arranging the data in such a manner that all other manufacturing information is available in addition to 3D models. The automotive industry is the first sector to engage in digitalization.

The project also involved the development of concepts for the future. Digital manufacturing enables the customization of parts as needed, making countless numbers of product versions or upgrades possible. In addition, various identifiers or sensors can be added to spare parts during manufacture, enabling the functioning of machines and equipment to be monitored or parts to be authenticated. If a spare part is equipped, say, with a wear sensor, as it wears the part can even initiate the manufacture of a replacement itself.