A contest is underway to recruit members of the IMTS -- The International Manufacturing Technology Show community to be part of the IMTS 2016 marketing campaign. IMTS 2016 will be held Sept. 12-17 at Chicago's McCormick Place. 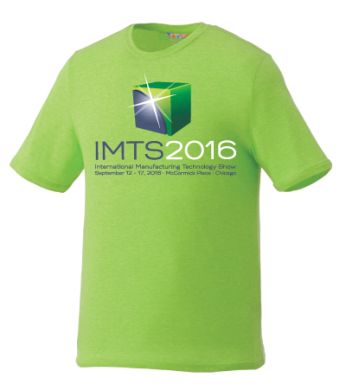 Visitors, exhibitors, students, first-time attendees are all eligible to enter the contest and submit a story about what IMTS means to them. Everyone who submits a story will receive a "Greenies Package" of a green IMTS 2016 t-shirt, stickers and other items. Community members (and their teams) whose stories are used in the marketing campaign will receive complimentary admission to the IMTS 2016 trade show floor. The contest will be open until June 15, 2015.

"In our eyes, this community is what makes IMTS the greatest manufacturing event in the world," said Peter R. Eelman, Vice President -- Exhibition and Communications, AMT -- The Association For Manufacturing Technology. "We have been reaching out to the community since the 2006 Show to spotlight real people in our campaigns and for 2016 we want to make it even more interactive by opening up the opportunity for everyone to tell his or her IMTS story."