For anyone looking for another hopeful, positive sign for the manufacturing industry, they would've found it last week in Chicago.

IMTS - The International Manufacturing Technology Show - staged the most successful manufacturing event in more than a decade. The show, which ran Sept. 10th to 15th at McCormick Place, attracted 100,200 registrants, the highest total since 2000. 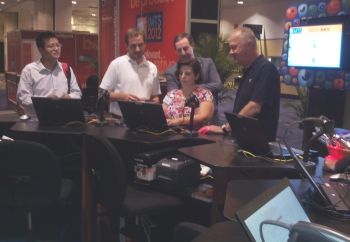 The largest and longest running manufacturing technology trade show in the United States is held every other year in Chicago. This year's attendance was a 21.6% increase over 2010, the largest show to show increase in the history of the event. The attendance was also the highest since IMTS was reduced to a 6 day show in 2006.

Recognized as one of the world's preeminent stages for introducing and selling manufacturing equipment and technology, IMTS attracted 1909 exhibitors, 181 more than in 2010.