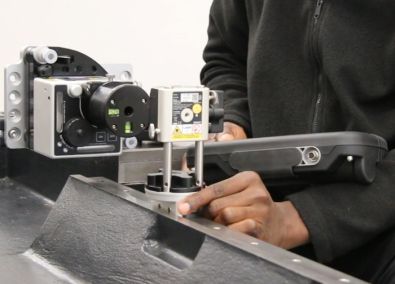 Global engineering technologies company Renishaw has released a new version of software for its XK10 alignment laser system which enables users to perform point-to-point parallelism measurements. This new functionality will also enable users to make precise adjustments to machine parallelism to a level that has previously been impossible using traditional measurement techniques.

The XK10 alignment laser system provides a fast, precise, and efficient measurement tool for straightness, squareness, rotational parallelism, rail parallelism, flatness, and level, as well as assessing spindle direction and coaxiality of rotary machines. It is a powerful tool for diagnosing the source of errors following a rebuild or as part of regular maintenance. 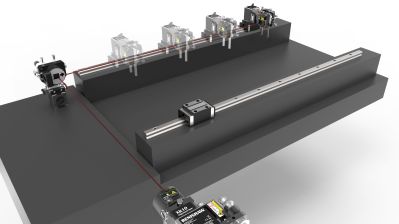 Traditionally users achieved parallelism measurements by using a bridge plate and master rail, in combination with a dial gauge and level meter. This method is time-consuming and recording the measurements manually increases the probability of human error. Alternatively, the XK10 uses laser measurements to capture two points on each rail, allowing the angle between the two rails to be determined and recorded digitally.

"This latest release of software enables the XK10 to take measurements at multiple points along each rail," explained Andy Deacon, Calibration Product Manager at Renishaw. "The benefit of an increased number of measurement points is that the straightness of each rail is also measured at the same time. Parallelism between the rails can then be determined by looking at the difference in straightness at each point, giving a more accurate picture than a measurement of the overall angle between rails.

"The XK10 is supplied with fixturing solutions to reduce set up time and can be used with the optional parallelism optic designed specifically for this application. Making measurements where no rails are present is significantly improved using the included magnetic reference mount to easily slide the detector along the edge of a casting," concluded Deacon.