Army researchers collaborated with academic partners from the University of Central Florida to improve its additive manufacturing process so it will produce lightweight components for future Soldiers.

By optimizing the printing process for the additive manufacturing of a high-strength magnesium alloy and fabricating 24 micro-lattice structures, researchers characterized the compressive strength and failure modes, which will enable much lighter Army components.

"We used a magnesium alloy known as WE43, which has only been successfully 3D printed by a handful of researchers," said Dr. Brandon McWilliams, the lead researcher for 3D printing metals at the U.S. Army Combat Capabilities Development Command, known as DEVCOM, Army Research Laboratory. "In this work, we optimized the process to achieve higher density than previously reported and used that to produce and characterize lattice structures made up of WE43."

Magnesium Elektron WE43 is a high strength casting alloy. It can be used in temperatures of up to 300°C (572°F), according to AZoM, an online publication for the materials science community. "This alloy has good mechanical properties coupled with excellent corrosion resistance." 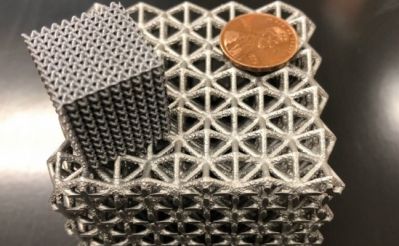 Advanced additive manufacturing has the potential to deliver critical parts at the point of need, reducing the need for lengthy logistic chains. Also, the U.S. Army's modernization strategy calls for lightening the load to help support future Soldiers.

McWilliams said he believes joining advanced lightweight alloys with novel multi-scale structures through additive manufacturing will be a key aspect of modernizing Army weapon systems. There are many lightweight structural applications in the automotive, aerospace and biomedical industries.

"Current systems are too heavy, which increases burden to the Soldier, reduces fuel efficiency and degrades mission effectiveness," he said. "It is my goal as an Army researcher to conduct research, which has the maximum chance of success of transition from basic and applied research stage to practical application in order to enable transformational overmatch." 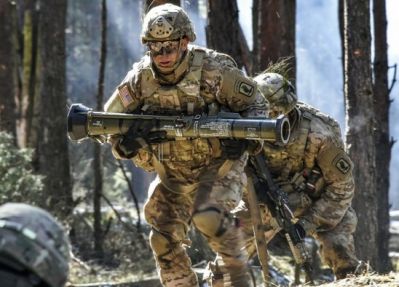 Partnering with academia and industry has been a priority with the laboratory since it introduced its Open Campus initiative.

"This was an exciting and rewarding collaboration that produced the technological accomplishment founded on fundamental understanding of materials and additive manufacturing," said Prof. Yongho Sohn, lead researcher at University of Central Florida. "Technological vision with clear scientific objectives defined by Dr. McWilliams and his team was the key to our contribution."

Army researchers will now evaluate the high strain rate and ballistic properties of these 3D-printed materials and look for demonstration applications, such as ultra-lightweight unmanned aircraft system and robotic vehicle components, he said.