The Future of Collaborative Robots -- Next Level Innovation

Demand for collaborative robots, because of their flexibility, safety and productivity, is expected to increase sharply over the next few years, with sustained growth projected over the next decade. So, what will they look like? And what are the next technological barriers they'll likely break through?

Collaborative robot revenues are forecast to grow at an annual rate of over 60% for the next two years, and over 35% compound annual growth rate (CAGR) until the year 2027.

Increasing competition within the collaborative robots space, and increasing adoption from automotive and electronics manufacturers, are among the most direct drivers of growth. However, a lack of workers, increasing labor costs, and a need for greater flexibility in manufacturing are also influencing growth.

The latest collaborative robots feature several technological innovations that are helping address some of the biggest challenges in robotic automation. Smarter and more productive, many collaborative robots are automating tasks that industrial robots could not, pushing the limits of automation capabilities.

The International Federation of Robotics (IFR) most recent report, the World Robotics 2018 Industrial Robots report, states one of the most challenging prospects for all robots is the continuous tooling required when using new materials. Collaborative robots now have a range of new gripper options built to deal with high part mixes. 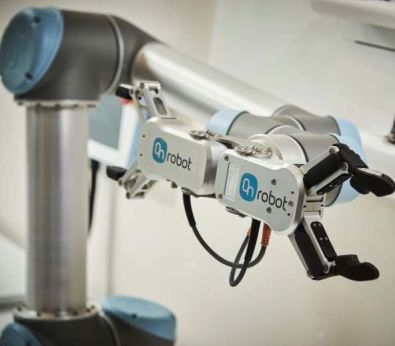 Soft grippers, one of the latest gripper innovations, allow robots to handle soft or hard parts by using flexible material and fluid or air pressure. Other innovative grippers use electro-adhesion or a multitude of sensors for gripper guidance. Even Amazon recently filed a patent for a gripper controlled by fluid volume -- a gripper that can handle heavy, durable items as well as light, soft parts. Vastly improved grippers eliminate the need for constant retooling or changeover, which is a major drain on productivity and one of the biggest challenges in robotics today.

In the past, the cages that separated humans and robots made vision systems unnecessary; however, as robots began operating outside of a cage, new safety measures were needed. Today, embedded vision systems allow collaborative robots to identify the presence of humans and avoid unsafe operations and harmful collisions. 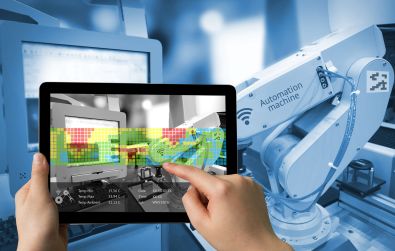 When collaborative robots are equipped with advanced embedded vision systems and the latest versatile grippers, the addition of machine learning, a form of artificial intelligence (AI), creates a highly complex and capable robotic system.

Machine learning reduces the already slim programming requirements of collaborative robots, particularly when discussing pick and place applications. A few leading research groups have made huge strides in one-shot learning, which is where a collaborative robot can recognize an object it's never seen before, without a huge repository of training imagery, simply by watching a human or using virtual reality gesture control. This type of machine learning ability will drastically improve the flexibility of collaborative robots, allowing them to switch between tasks, even tasks they've never completed before, almost seamlessly.

Collaborative Robot Technology on the Horizon 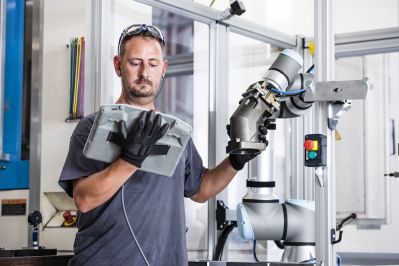 One of the most useful changes that could radically change collaborative robots is an increase in interactivity. When humans and collaborative robots begin to work on more complex tasks together, communication will become necessary. Collaborative robots could be built to recognize certain voice commands or hand gestures, avoiding the need to reprogram, causing downtime in the middle of a project.

As collaborative robots advance and tackle new applications in a wider range of industries, they will likely encounter more unstructured environments. Future collaborative robots, with a much more detailed sense of the tasks at hand, could perform unrestricted movements to complete a task. In this way, the robot would not be restricted to the same repetitive motion as the environment around it changed. Instead, it could react accordingly and still finish the intended task.

The holy grail of collaborative robots, however, would be achieving a form of true collaboration. While today's robots are safe enough to work alongside humans, they're still quite independent. In the future, collaborative robots could sense human behavior within the context of the larger project and adjust their own behavior accordingly to maximize productivity. 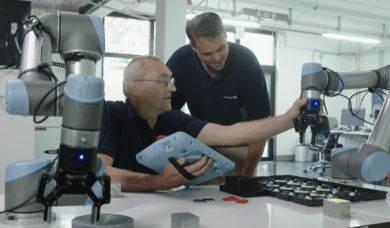 While some of this technology may seem far from reality, the collaborative robots of the future will be much more advanced and capable of achieving greater levels of interactivity and collaboration.

Collaborative robots feature technological innovations that solve some of the most pressing challenges in robotic automation. With proven ability to provide ROI, a reputation for high productivity, and low initial costs, collaborative robots are growing in demand.

As collaborative robots become a sought-after technology, they'll quickly grab a significant share of all robot sales, bringing cutting-edge capabilities to a wider range of industries and applications while driving long-term market growth.