The Department of the Air Force awarded an Engineering and Manufacturing Development contract for the Ground Based Strategic Deterrent (GBSD) intercontinental ballistic missile (ICBM) program to Northrop Grumman on Sept. 8th. 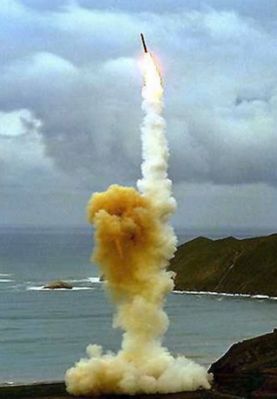 An LGM-30 Minuteman III missile soars in the air after a test launch. The Minuteman is a strategic weapon system using a ballistic missile of intercontinental range.

The contract award of $13.3 billion is an investment in enhancing the United States' nuclear deterrence, as it is the cornerstone of national security policy and fundamental in continued protection for the U.S. and its allies.

"Modernizing the nuclear strategic triad is a top priority of our military," said Defense Secretary Dr. Mark Esper. "It's key to our nation's defense. It provides that strategic nuclear deterrent that we depend on day after day -- that we've depended on decade after decade."

"I am fully confident in the evolutionary warfighting effectiveness GBSD will ensure," said Gen. Tim Ray, commander of Air Force Global Strike Command. "We are leveraging stable requirements, modern technology, we own the technical baseline, and have a modular design to keep the program rapid, relevant and affordable. The increased accuracy, extended range and improved reliability will provide the United States a broader array of options to address unforeseen contingencies, giving us the edge necessary to compete and win against any adversary."

The GBSD ICBM is the follow-on to the aging LGM-30G Minuteman III ICBM and first became operational in 1970. The GBSD ICBM will have increased accuracy, enhanced security and improved reliability to provide the U.S. with an upgraded and broader array of strategic nuclear options to address the threats of today and the future.

The contract is for the Engineering and Manufacturing Development phase of the weapon system's acquisition efforts. The Department of the Air Force plans to deploy the system beginning in the late 2020s. 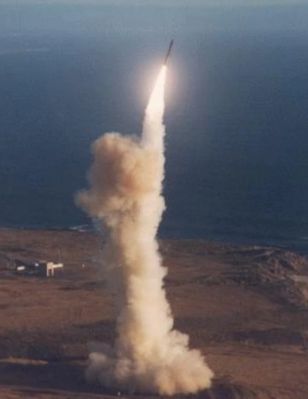 The LGM-30G Minuteman intercontinental ballistic missile (ICBM) is an element of the nation's strategic deterrent forces. The "L" in LGM is the Department of Defense designation for silo-launched; "G" means surface attack; and "M" stands for guided missile.

"Across the Department of the Air Force, we are looking for opportunities to inject innovation into programs to stay ahead of our adversaries," said Dr. Will Roper, assistant secretary of the Air Force for acquisition, technology and logistics. "Our GBSD team is doing just that by leveraging a modular open system approach to ensure our next generation ICBM system is adaptable to challenges posed by the pace of technological advancements and new threat environments."

The dispersed basing of the ground-based deterrent enhances strategic stability by creating an extraordinarily high threshold for a large-scale conventional or nuclear attack on the U.S. homeland. This investment will protect a vital leg of the nuclear triad, according to U.S. Strategic Command officials.

The Air Force Nuclear Weapons Center is the lead for the Department of the Air Force's GBSD acquisition effort. The center is responsible for synchronizing all aspects of nuclear material management on behalf of Air Force Materiel Command in direct support of AFGSC.