Eliminate the Need for CMMs with Renishaw's New 3D-Modelling Software

Renishaw has released FixtureBuilder 8.0, the latest version of its 3D fixture modelling software. 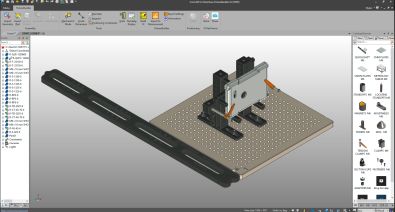 The software allows users to design metrology fixturing set-ups without having to use co-ordinate measuring machines (CMM) and other inspection devices. This reduces the amount of set-up time and increases productivity. It can be used with a CAD model of the part, which is imported into FixtureBuilder. The entire fixturing set-up, along with the part, can then be exported into inspection programming software.

In FixtureBuilder 8.0, users can now model fixtures that use the innovative Renishaw QuickLoad™ rail system, which is used on CMMs and provides a secure workholding position when used in conjunction with QuickLoad base plates. These are attached to the rail on either side using quick release magnets and location pins. The interchangeable design of the rail and plates maximizes the machine operator's ability to inspect and release parts swiftly. 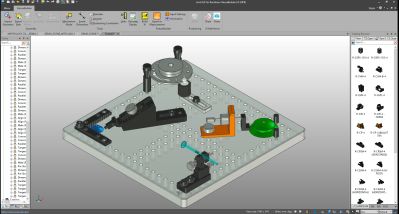 In addition to supporting Parasolid, STEP, ACIS, STL, IGES and many other file formats, FixtureBuilder 8.0 has been upgraded to allow users to import and export the latest versions of these 3D CAD file formats.

The software is available to all existing and future Renishaw customers to complement and further improve the productivity of their Renishaw fixtures and other inspection equipment.