SilencerCo, a firearms manufacturer in Utah, had the goal to capture real-time manufacturing data for their business systems in an effort to improve decision making and set realistic benchmarks for future improvement. They found a platform that increased their machine utilization by 8% while eliminating over 11,000 hours of unplanned downtime. 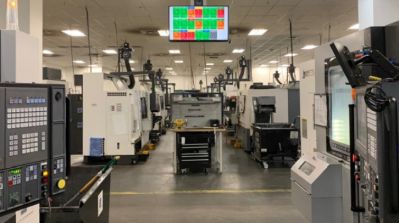 Was there a specific goal you hoped to achieve with this implementation?

Everything was planned off an average daily rate that was based on an idealized world: that is, using our machines all the time. The reality is that we weren't hitting those idealized numbers. We knew this was the case but had no way to prove it.

The number of setups and changeovers was significant. We weren't able to capture the number of changeovers that were very frequent or not on ideal machines, and the set-up times were significantly higher than we believed they should be. It was obvious in the time and the quantity that we had significant room for improvement. 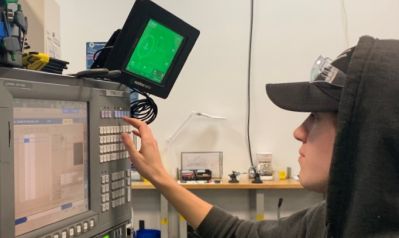 The Operator View allows our operators to give us unbiased information right from the tablets installed at the machine tool without adding time to their schedule.

The work we have to do at the machine is far greater than any other improvements we have to make. We knew that just increasing our utilization with certain machines by five to seven percent could translate into not necessarily having to buy new equipment to increase our capacity.

What challenges were you trying to solve by implementing a machine monitoring system?

Setting realistic expectations for manufacturing in a volatile market with a large product mix. Our ability to see OEE and actual production rates consisted of patchworked spreadsheets referencing outdated and inaccurate information.

Communication in the best of scenarios still allowed misses and quality issues to surface after they were correctable in process. Without this critical data we were unable to identify our shortcomings or the impact of our improvement efforts on the bottom line.

We had no data to tie back to problems that were being elevated from the machine shop; without data there was no way of knowing where to focus our efforts for the best returns. We needed the machine shop floor to see their metrics and understand their impact on the company's health.

We currently have forty-two workcenters being monitored by MachineMetrics; each machine has a tablet mounted to it, and we have five large dashboard monitors displaying performance metrics around the shop.

What it came down to was finding a system that was easy for everyone, not just engineers, to understand and utilize. MachineMetrics was the simplest and most intuitive solution that we found. It has the easiest interface we've seen; everyone can get the information they need without having to dig around or interpret it in some way. 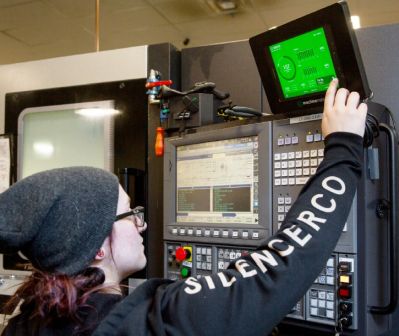 The Operator View allows our operators to give us unbiased information right from the tablets we installed at the machine tool without adding time to their schedule. This is the only way to really capture that type of feedback. It truly gives the operators a voice in the process by tying their feedback directly to the data at hand.

Before using MachineMetrics, problems were just hearsay or based on an assumption that would fizzle out over time and was never quantifiable. Now that it's visible, we can try to solve it. Once the operators understood why we were implementing the system -- that we were using the data to help them, to get them more resources, to help them make their jobs easier -- everyone started buying in.

Visibility; the platform gives all stakeholders visibility into how our shop is running. This visibility leads to questions: "Is the data correct?" "Does it really take that long?" "Why is our utilization so low?" "How can we have that much downtime?" "What is OEE?" Questions drive teams in the machine shop to help identify root causes and start to implement solutions. With the data being captured by MachineMetrics we are gaining the ability to see if our solutions have actually solved our problems or positively affected OEE.

How has MachineMetrics changed your day to day operations?

Immediately, the system started giving us visibility into the questions we needed to answer. The data doesn't lie; it tells us what's really happening, whether it's using the real-time dashboards or the historical reporting. In the beginning, it wasn't always what we wanted to see, but those hard truths are what have given us a baseline for improvement and drive us to do better each day.

Before MachineMetrics, we had always based our costing of products on previous conceptions of what it took to make a part. But the truth is, the majority of those product costs were based on assumptions and estimates, and we'd never had a truly accurate way to cost out products. Using MachineMetrics, going off median cycle times, we were able to see how the utilization of those machines applied to our cost. We're now able to actually understand what it costs to make a part.

From an employee standpoint, we've seen a fundamental change in communication. MachineMetrics has brought up conversations that break down the walls and the silos between invested parties. There's no more finger pointing. Now, problems can be discussed instead of reacted to. Morning meetings have changed from guessing what we think went wrong the day before to fact-driven reviews of MachineMetrics reports. As a team, we've started working together to figure out why we did something well and then how we can do it again tomorrow.

Within the first few weeks of implementation on our swiss machines one of the operators came up to me and he was all excited. He pointed toward the dashboard monitor mounted to the wall to show me that all the machines were "Green." At that moment, I realized that MachineMetrics would improve more than just our numbers, but it would change the way we go about our business.

However, the biggest impact we have seen from MachineMetrics is our ability to take corrective actions to adapt to a tough market climate. We have nearly doubled machine utilization with a lower head count.

We recently had a large improvement project take place. Using MachineMetrics we were able to see that the machine making our highest running part wasn't hitting our utilization goal. We dug into the data and found that it had frequent, short, downtime events that added up to significant loss in utilization over time.

We drilled deeper into the data captured by our operators through the MachineMetrics tablet interface and were easily able to identify the two root causes for the downtime events. First, chips having to be manually cleared in the machine as they built up. Second, parts not getting caught by the parts catcher and jamming in the conveyor.

Leveraging programming and engineering resources we were able to work with the machine operator to solve these two problems. With these problems solved, we have not only increased utilization on that machine by fifteen percent, but using MachineMetrics, we were able to understand the frequency of chip build up and solve these problems in a manner that allows the machine to now run completely lights out.

Overall, in 2019, SilencerCo experienced a 200% improvement in good parts production while eliminating over 11,000 hours of downtime.

One exciting future event is our upcoming ERP implementation. We had always wanted to implement an ERP system, but we did not feel comfortable moving to an ERP without having reliable data. We now have the data necessary to implement ERP and MRP systems.